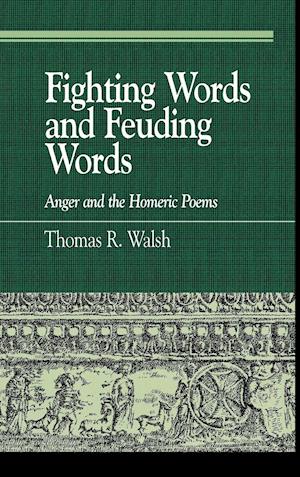 Anger is central to the Homeric epic, but few scholarly interventions have probed Homer's language beyond the study of the Iliad's first word: menis. Yet Homer uses over a dozen words for anger. Fighting Words and Feuding Words engages the powerful tools of Homeric poetic analysis and the anthropological study of emotion in an analysis of two anger terms highlighted in the Iliad by the Achaean prophet Calchas. Walsh argues that kotos and kholos locate two focal points for the study of aggression in Homeric poetry, the first presenting Homer's terms for feud and the second providing the native terms that designates the martial violence highlighted by the Homeric tradition. After focusing on these two terms as used in the Iliad and the Odyssey, Walsh concludes by addressing some post-Homeric and comparative implications of Homeric anger.