Fighting Through from Dunkirk to Hamburg 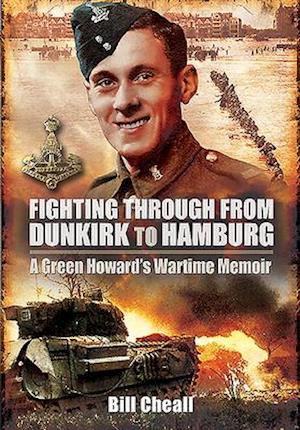 When Bill Cheall joined up in April 1939, he could not have imagined the drama, trauma, rewards and anguish that lay in store.

First and foremost a Green Howard, he saw the sharp end of the Nazis Blitzkrieg and was evacuated exhausted. Next step, courtesy of the Queen Mary, was North Africa as part of Monty's 8th Army. After victory in Tunisia, the Sicily invasion followed. The Green Howards returned to England to be in the vanguard of the Normandy Landings on GOLD Beach (his colleague, Sergeant Major Stan Hollis won the only VC on 6 June and Bill Cheall was wounded).

Once fit, Cheall returned to the war zone and finished the war as a Regimental Policeman in occupied Germany.

The author's many and varied experiences make fascinating reading. He tells his story with modesty, humility and humor.