- My Journey Through Boxing Fame, Abuse, Murder, and Resurrection 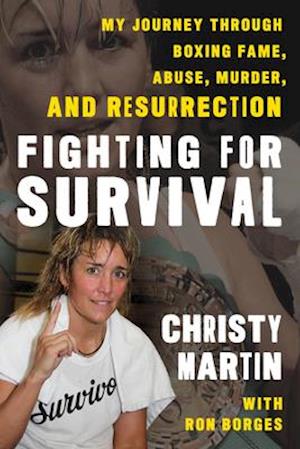 If you were riveted by the Netflix documentary Untold: Deal with the Devil, find out Christy Martin's whole story in this fascinating autobiography. Boxing legend Christy Martin was a trailblazer in the ring and continues to be an inspiration to female fighters across the globe. She is without a doubt the most important woman in the history of female combat sports. But behind the scenes Martin was in a losing battle, unable to express her true sexual identity and struggling to survive sexual and domestic abuse at the hands of her husband. In Fighting for Survival: My Journey through Boxing Fame, Abuse, Murder, and Resurrection, Christy Martin recounts her harrowing yet inspiring story. Growing up in a small town in West Virginia, Martin felt forced to keep her sexual orientation hidden to please her family and the sports world, eventually agreeing to a sham marriage with coach Jim Martin. While she rose to prominence in the world of boxing, Martin was secretly contending with substance abuse, domestic violence, and an attempted murder by her husband, who left her to die on their bedroom floor. Fighting for Survival reveals how Martin battled back to life from her near-death experience, how she overcame abuse, violence, addiction, and 40 years of living in the closet, and how she turned her pain into victory and debasement into triumph. Her story is one of hope and self-belief, an inspiration for anyone struggling to break the chain of abuse or who fears to be open about their sexual orientation. It is more than the story of a boxing champion; it is the story of a survivor.