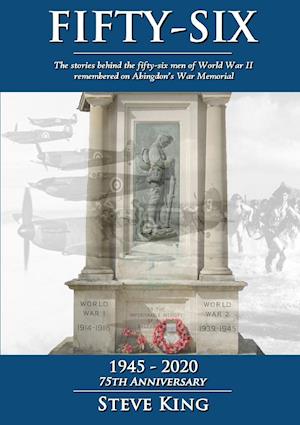 Standing with my ninety-year-old uncle going through the list of names from WW2 on the Abingdon War Memorial was a truly humbling experience, not least because he knew many of the ""boys"" listed. With tear-filled eyes and a trembling voice he recalled: ""I sat next to him at school"" - ""He was my best mate"" - ""He lived just up the road"" - ""That one they shot before he even landed"". Two months later uncle died, but the conversation we had that day inspired me to research each of the fifty-six names listed on our war memorial. Stories of immense bravery, selflessness, good luck and bad luck, and for sure, some stories still to be completed. But it didn't end with the fifty-six. Stories need to be told of the many men who also died in WW2 and are buried in Commonwealth War Graves in our Abingdon cemeteries, but who are not remembered on the town's war memorial, as well as heroes of ours who survived WW2. Some stories are remarkable, but all are worth remembering.