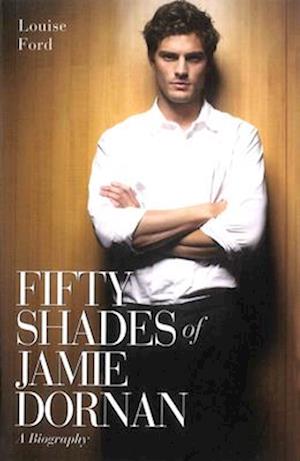 He was known as The Golden Torso, the underwear model who famously dated Keira Knightley. But Jamie Dornan has always dreamed of being an actor - and as star of the hotly-anticipated Fifty Shades of Grey movie he has finally sealed his position in Hollywood. From his role as S&M hero Christian Grey in the adaptation of EL James' hit novel to playing a serial killer in BBC series The Fall and Abe Goffe in New Worlds, Jamie is carving a name for himself playing characters with a serious passionate side. But the path to success has been far from easy for the Northern Irish actor. His personal life has had as many twists and turns, highs and devastating lows as the shows that are making him famous. Son of a doctor, Jamie and his two sisters had what looked like a charmed childhood growing up in a sprawling family home in an affluent area of Belfast, attending a top boarding school with dreams of treading the boards like his legendary great aunt Greer Garson. But looks can be deceiving and behind the sports trophies and amateur acting triumphs, there was a series of personal tragedies, the burden of which Jamie still carries with him today.He later struggled to cope with life in the limelight as an internationally famous model in his twenties dating an actress and winning hordes of female fans the world over posing alongside Kate Moss and Eva Mendes. Now married and father to a baby daughter, the Bafta-nominated star has a new set of challenges on his hands. In this, his first biography, Louise Ford, reveals Jamie's successes and struggles both on and off screen and explores what the future holds for the model turned actor who once doubted he could ever have it all.

Forfattere
Bibliotekernes beskrivelse This is the first biography of Jamie Dornan, the man who is Christian Grey.