- Diary of a Gunner Officer 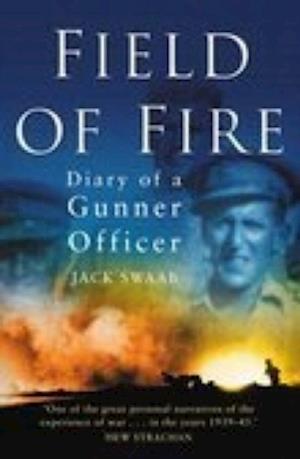 Jack Swaab joined the veteran 51st (Highland) Infantry Division on 3 January 1943. He kept a series of diaries over the following two and a half years, recording the combination of boredom and fear that characterises active service. In mid-March 1943 he saw battle for the first time as Montgomery attacked the Mareth Line. In July that year Swaab took part in the Allied landings on Sicily, writing of the scorching humidity of the Sicilian summer. In May 1944 he records the restless time as his regiment prepared for the invasion of Normandy. In September 1944 Swaab's role changed dramatically, as he moved from commanding a troop to being a forward observation officer. His new position meant that he was working closely with the infantry in the front line. Swaab's first five months as a forward observation officer came to an abrupt end on 13 February, when he was wounded in the leg by shellfire. He was again selected for FOO duty during Operation 'Varsity', the Rhine crossing, in March 1945, and received the Military Cross.