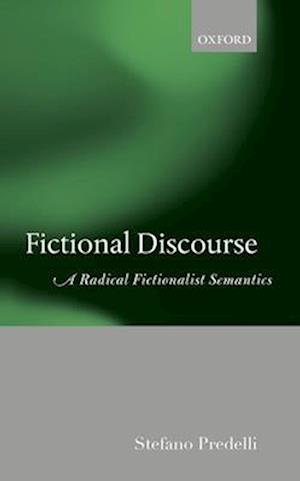 Fictional Discourse: A Radical Fictionalist Semantics combines the insight of linguistic and philosophical semantics with the study of fictional language. Its central idea is familiar to anyone exposed to the ways of narrative fiction, namely the notion of a fictional teller. Starting with premises having to do with fictional names such as 'Holmes' or 'Emma', Stefano Predelli develops Radical Fictionalism, a theory that is subsequently applied to centralthemes in the analysis of fiction. Among other things, he discusses the distinction between storyworlds and narrative peripheries, the relationships between homodiegetic and heterodiegetic narrative, narrative time, unreliability, and closure. The final chapters extend Radical Fictionalism to critical discourse,as Predelli introduces the ideas of critical and biased retelling, and pauses on the relationships between Radical Fictionalism and talk about literary characters.

Forfattere
Bibliotekernes beskrivelse Stefano Predelli presents a novel approach to fictional discourse: Radical Fictionalist Semantics. Combining the insight of linguistic and philosophical semantics with the study of fictional language, he discusses narrative time, unreliability, closure, and the distinction between storyworlds and narrative peripheries, among other topics.