indgår i serie Schott Series on Glass and Glass Ceramics 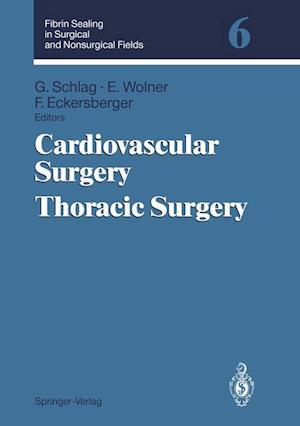 These eight volumes, which developed out of the international congress "Update and Future Trends in Fibrin Sealing in Surgical and Nonsurgical Fields" held in November 1992, present the state of the art in fibrin sealing. Initially, fibrin sealant played an important role in surgery. During the past few years, it has been increasingly applied nonsurgically and we can now say that it has become an integral component of medical treatment. The doubts which have been raised by nonusers about the efficacy of fibrin sealant are no longer valid. The correct indication and technique continue to be basic prerequisites for effective treatment. Even today - 20 years after fibrin sealant was first used - the three most prominent effects of fibrin sealant are still hemostasis, sealing of the wound, and support of wound healing. The problems posed by the transmission of viral infections have gained substantially in importance because of the potential transmission of AIDS via fibrin sealant. Fortunately, this is so unlikely today that it no longer represents a cause for concern, which does not mean, however, that research in this field can be discontinued.