Ferdinand Christian Baur and the History of Early Christianity

- Bauspiess, M: Ferdinand Christian Baur and the History of Ea 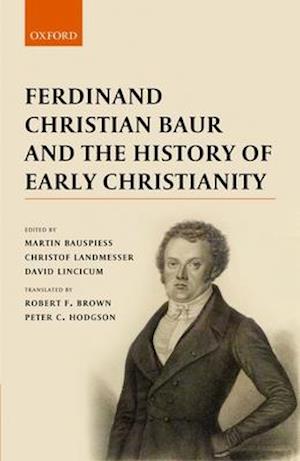 Ferdinand Christian Baur (1792-1860) has been described as "the greatest and at the same time the most controversial theologian in German Protestant theology since Schleiermacher." The controversy was epitomized by a nineteenth-century British critic who wrote that his theory "makes of Christianity a thing of purely natural origin, calls in question the authenticity of all but a few of the New Testament books, and makes the whole collection contain not a harmonioussystem of divine truth, but a confused mass of merely human and contradictory opinions as to the nature of the Christian religion." The contributors to this volume, however, regard Baur as an epoch-making New Testament scholar whose methods and conclusions, though superseded, have been mostly affirmedduring the century and a half since his death. This collection focuses on the history of early Christianity, although as a historian of the church and theology Baur covered the entire field up to own time. He combined the most exacting historical research with a theological interpretation of history influenced by Kant, Schelling, and Hegel. The first three chapters discuss Baur's relation to Strauss, Moehler, and Hegel. Then a central core of chapters considers his historical and exegeticalperspectives (Judaism and Hellenism, Gnosticism, New Testament introduction and theology, the Pauline epistles, the Synoptic Gospels, John, the critique of miracle, and the combination of absoluteness and relativity). The final chapters view his influence by analyzing the reception of Baur in Britain,Baur and Harnack, and Baur and practical theology. This work offers a multi-faceted picture of his thinking, which will stimulate contemporary discussion.

Forfattere
Bibliotekernes beskrivelse This volume provides a reconstruction of Baur's contributions to specific fields of research. It offers a multi-faceted picture of his thinking, which will stimulate contemporary discussion.