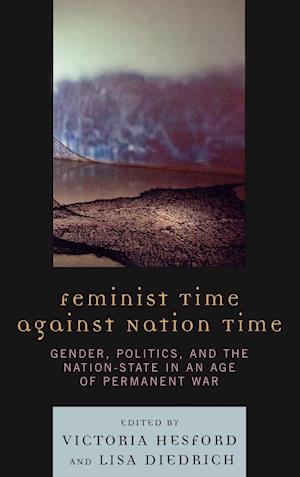 Feminist Time Against Nation Time offers a series of essays that explore the complex and oftentimes contradictory relationship between feminism and nationalism through a problematization of temporality. Although there has been much recent discussion in the U.S. of the wars in Afghanistan and Iraq and the "War on Terror" as signaling a new period of "permanent war," feminist voices have not been at all prominent in this discussion. This collection considers not only the ways in which public spaces for dissent are limited, but also the ways in which the time for such dissent is cut short. Feminist Time Against Nation Time combines philosophical examinations of "Women's Time" by Julia Kristeva and "The Time of Thought" by Elizabeth Grosz, with essays offering case studies of particular events, including Kelly Oliver's essay on the media coverage of the U.S. wars on terror and in Afghanistan and Iraq, and Betty Joseph's on the anti-colonial uses of "women's time" in the creation of nineteenth-century Indian nationalism. Feminist Time Against Nation Time juxtaposes feminist time against nation time in order to consider temporalities that are at once contrary to, but also drawing toward each other. Yet Hesford and Diedrich also argue that because, as an untimely project, feminism necessarily operates in a different temporality from that of the nation, against-ness is also used to provoke a rupture, a momentary opening up of a disjuncture between the two that will allow us to explore the possibilities of creating a space and time for feminists to think against the current of the present moment.