indgår i serie Library of Gender and Popular Culture 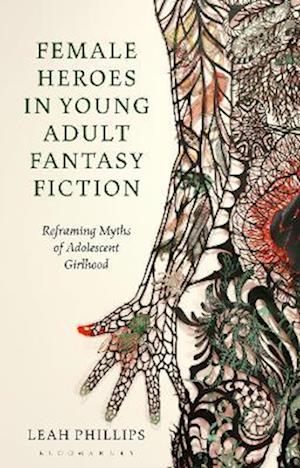 The heroic romance is one of the West's most enduring narratives, found everywhere, from religion and myth to blockbuster films and young adult literature. Within this story, adolescent girls are not, and cannot be, the heroes. They are, at best, the hero's bride, a prize he wins for slaying monsters. Crucially, although the girl's exclusion from heroic selfhood affects all girls, it does not do so equally- whiteness and able-bodiedness are taken as markers of heightened, fantasy femininity. Female Heroes in Young Adult Fantasy Fiction explores how the young female-heroes of mythopoeic YA, a Tolkienian-inspired genre drawing on myth's world-creating power and YA's liminal potential, disrupt the conventional heroic narrative. These heroes, such as Tamora Pierce's Alanna the Lioness, Daine the Wildmage, and Marissa Meyer's Cinder and Iko, offer a model of being-hero, an embodied way of living and being in this world that disrupts the typical hero's violent hierarchy, isolating individuality, and erasure of difference. In doing so, they push the boundaries of what it means to be a hero, a girl, and even human.