- Essays on Girls, Gangs and Gender 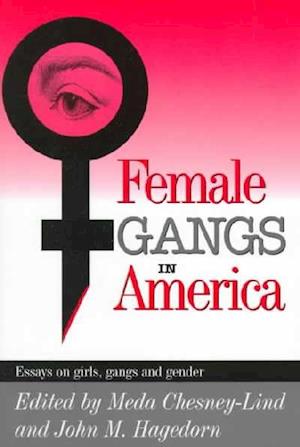 Female Gangs in America begins by reprinting classic, and hard to find, essays that chronicle the earliest research on girls, gender, and gangs. Included in this section are essays by Thrasher, Rice, Brown, and Quicker as well as a retrospective piece by Fishman on African American girls in Chicago gangs of the sixties.The theoretical issues exposed by a focus on the role of gender in gang research are explored in essays by Giordano, Campbell, Messerschmidt and Curry. These works explore the degree to which gangs are sites for "doing gender" while also revisiting of the emancipation versus victimization theories as they apply to young women's crime. Other important issues explored in the collection include the role of economic marginalization in girls membership in gangs as well as an understanding of the family life of girls in gangs. Ethnic and geographic variations in girls experience of gang membership are also reviewed in essays by Moore, Portillos, Joe and Chesney-Lind.A consideration of girls and violence is inescapable when girls' membership in gangs is considered in a series of important papers by Campbell, Deschenes and Esbensen, and Hagedorn and Devitt. Finally, the media construction of girl gang membership, as part of the larger backlash against girls and women's issues, is explored in a concluding essay by Chesney-Lind.This book establishes a new high water mark for research on gender and gangs, rejecting simplistic over-generalizations in favor of detailed and thoughtful considerations of the ways in which girls' lives, girls' troubles, and girls' gang membership are inextricably connected. The focus on girls and gang membership also illuminates important similarities and differences between the female and male gangs, thereby building a richer understanding of the role of gender and gangs in the lives young people on the racial, political and economic margins of this country.