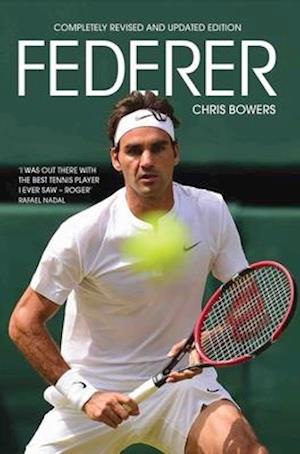 This admired biography traces the rise of Roger Federer, from his first tentative strokes with a racket to legendary status, and perhaps even the title of greatest tennis player ever. It looks at his development as a sportsman and how he has matured into a family man after his marriage and the birth of twin girls, followed by twin boys in 2014. With his remarkable return to top-level form after his grim 2013, culminating in his sealing Switzerland s Davis Cup triumph in November 2014, and his narrow loss to Novak Djokovic in the 2015 Men s Singles at Wimbledon, a fuller picture of the player s career can be painted. Far from being an endless recitation of tennis matches won and, sometimes, lost, however, the book also examines how Federer bounced back from arguably one of the most challenging periods of his career when he suffered a serious illness and a dip in form. In characteristic style, he silenced his critics by winning the French Open title for the first time, reclaiming his Wimbledon crown, winning Olympic gold, and in 2015 recording his 1,000th career win a feat achieved by only two other players as well as beating both Djokovic and Murray, the world Nos 1 and 2, to win the Cincinnati Masters for the seventh time. This masterly biography brings the player s story up to date, while also considering Federer the man and the player, as well as his place in tennis and sporting history."