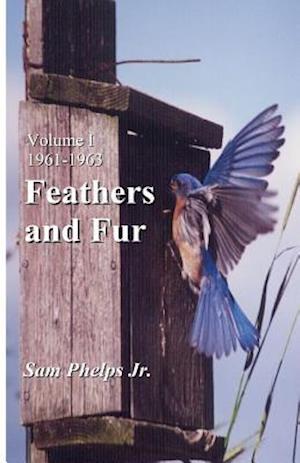 Sam Phelps Jr. is a well-known writer, environmentalist and conservationist in New York's Hudson Valley and Catskill Mountains. Affectionately known as "Mad Sammie," he is also a general curmudgeon and sometimes pain in the neck to those who abuse natural resources, authority or common sense. This book is a collection of his writing for various local newspapers on a wide range of topics. In addition, Phelps has lectured to various groups and clubs in the community throughout his life: Rotary Club, Women's Club, Garden Club, 4-H Clubs, Girl Scouts and Cub Scouts, Historical Society, Cooperative Extension, Community Colleges, and many elementary schools. His subjects include birds, Native American artifacts, restoring old stone houses and chimneys, building a building to look like the 1800's era, building a stone wall, gardening, farming, building a birdhouse, and carving a wooden bowl or a goose. He is well known in the community for his knowledge of so many things. A documentary of him titled "SAM" was nominated for an Oscar in 1986. Through his writing and lectures, Sam has brought light to many environmental issues and has received many awards for his dedication to the environment and preservation of the community. In 1997 he received the Spare's Journalism Award for being an outstanding columnist with wit, courage, and a love of Orange County. In 1999 he received the Revered Citizen Award for being a preservationist, farmer, columnist, and craftsman and for his lifelong love and devotion to the Orange County lands and environment. Sam is a graduate of Cornell University's Agricultural School (Class of '41). He and his late wife Helen have four wonderful children: Sam, Richard, Debbie, and Becky.