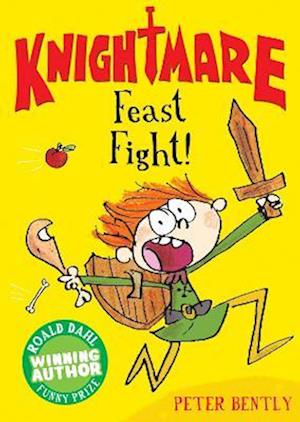 Cedric Thatchbottom can't wait to train as a squire, serving Sir Percival the Proud - a knight famed throughout the land for his glorious deeds. But this famous knight isn't all he appears to be, and Cedric soon finds himself being run ragged around Castle Bombast by his new master.In Book 2 of the Knightmare series, there's going to be a banquet at Castle Bombast. And not just any old banquet - the king and queen will be attending, and they expect the very best. Which all means more work for Cedric! But what will Sir Percy's old enemy - Roland the Rotten - do when he finds out he's not invited? A hilarious new series following the misadventures of a trainee knight. Packed with comical characters, battles, puns and poo, these books are irresistible to boys aged six to eight years.