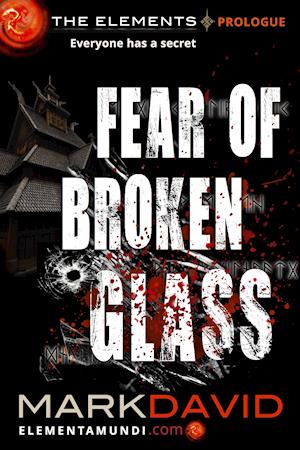 Everyone has a secret:A NOTORIOUS WILDERNESS WITH A MACABRE PAST. A RECONSTRUCTED VIKING CHURCH BY THE SHORE OF A LAKE. AND A PAINTING, A LOST MASTERPIECE FRAMED IN RUNIC INSCRIPTIONS WITHOUT AN OWNER. Something strange has been going on at for a very, very long time…When Hasse Almquist, a detective with a tarnished reputation is brought in to investigate a murder at an ancient site of pagan worship, Troll Church Hill, little can he know nothing is at it seems. The site of a macabre crime where Danish art gallery owner Thomas Denisen has been discovered dead, his eyes removed and nails hammered through his feet, the hallowed pagan ground in the middle of the Swedish Tiveden National Park draws troublesome connections to a remote and disturbing past.WHY HAS THOMAS DENISEN BEEN MUTILATED IN THE MIDDLE OF THE TIVEDEN NATIONAL PARK?WHAT IS THE RUNIC PAINTING DISCOVERED IN HIS CAR?AND WHO IS THE GIRL ULRIKA HITCHHIKING IN THE RAIN?The detective begins his investigation by linking the apparently ritual killing to four unsolved serial murders from the 1970’s. His enquiries take him to the remote Gotfrid’s Homestead, temporary home to the remaining members of the group visitin