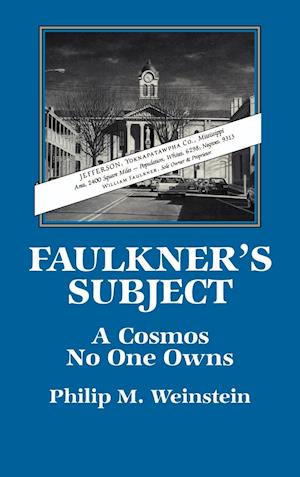 Faulker's Subject: A Cosmos No One Owns offers a reading of William Faulkner by viewing his masterpieces through the lens of current critical theory. The book addresses both the power of his work and the current theoretical issues that call that power into question. Drawing on poststructuralist, ideological and gender theory, Weinstein examines the harrowing process of 'becoming oneself' at the heart of Faulkner's work, and suggests that the cosmos Faulkner called his own - the textual world he produced - emerges as a cosmos no one owns, a verbal territory generated and biased by the larger culture's discourses of gender and race.