Fates of the Performative

- From the Linguistic Turn to the New Materialism 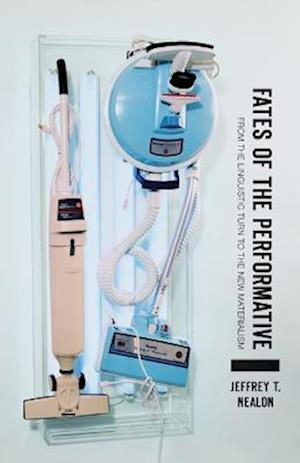 A powerful new examination of the performative that asks "what's next?" for this well-worn concept From its humble origins in J. L. Austin's speech-act theory of the 1950s, the performative has grown to permeate wildly diverse scholarly fields, ranging from deconstruction and feminism to legal theory and even theories about the structure of matter. Here Jeffrey T. Nealon discovers how the performative will remain vital in the twenty-first century, arguing that it was never merely concerned with linguistic meaning but rather constitutes an insight into the workings of immaterial force.Fates of the Performative takes a deep dive into this "performative force" to think about the continued power and relevance of this wide-ranging concept. Offering both a history of the performative's mutations and a diagnosis of its present state, Nealon traces how it has been deployed by key writers in the past sixty years, including foundational thinkers like Jacques Derrida, Eve Kosofsky Sedgewick, and Judith Butler; contemporary theorists such as Thomas Piketty and Antonio Negri; and the "conceptual poetry" of Kenneth Goldsmith.Ultimately, Nealon's inquiry is animated by one powerful question: what's living and what's dead in performative theory? In deconstructing the reaction against the performative in current humanist thought, Fates of the Performative opens up important conversations about systems theory, animal studies, object-oriented ontology, and the digital humanities. Nealon's stirring appeal makes a necessary declaration of the performative's continued power and relevance at a time of neoliberal ascendancy.