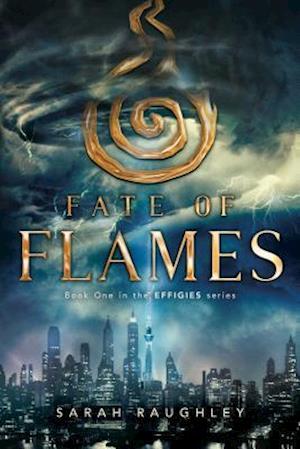 Four girls with the power to control the elements must come together to save the world from a terrible evil in this "series opener that] has it all" (Kirkus Reviews). Years ago, everything changed. Phantoms, massive beasts of nightmare, began terrorizing the world. At the same time, four girls--the Effigies--appeared, each with a unique power to control a classical element. Since then, they have protected the world from the Phantoms. At the death of one Effigy, another is chosen, pulled from her normal life into the never-ending battle. When Maia unexpectedly becomes the next Fire Effigy, she resists her new calling. A quiet girl with few friends and almost no family, she was much happier to admire the Effigies from afar. Never did she imagine having to master her ability to control fire, to protect innocent citizens from the Phantoms, or to try bringing together the other three Effigies. But with the arrival of the mysterious Saul--a man who seems to be able to control the Phantoms using the same cosmic power previously only granted to four girls at a time--Maia and the other Effigies must learn to work together in a world where their celebrity status is more important than their heroism. But the secrets Saul has, and the power he possesses, might be more than even they can handle...