Fashioning the Future in Roman Greece 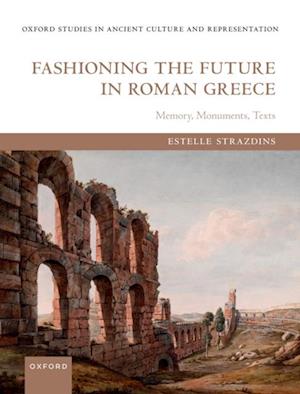 Fashioning the Future in Roman Greece: Memory, Monuments, Texts uses literature, inscriptions, art, and architecture to explore the relationship of elite Greeks of the Roman imperial period to time. This wide-ranging work challenges conventional thinking about the temporal positioning of imperial Greece and the so-called 'Second Sophistic', which holds that it was obsessed above all with the Classical past. Instead, the volume establishes that imperial Greektemporality was far more complex than scholarship has previously allowed by detailing how contemporary cultural output used the past to position itself within tradition but was crafted to speak to the future. At the same time, the book emphasizes the value of interdisciplinary analysis in any explication ofelite culture in Roman Greece, since abundant extant evidence reveals its purveyors were often responsible for the production of both literature and material culture. Strazdins shows how these two modes of cultural production in the hands of elites, such as Herodes Atticus, Arrian, Aelius Aristides, Lucian, Dio Chrysostom, Polemon, Pausanias, and Philostratus, exhibit a shared rhetoric oriented towards posterity and informed by a heightened awareness of the fragility of cultural and personalmemory over large spans of time. The book thus provides a sophisticated analysis of the tensions, anxieties, and opportunities that attend the fashioning of commemorative strategies against the background of the 'Second Sophistic' and the Roman empire, and details the consequences of embroilment withfuturity on our understanding of the cultural and political concerns of elite imperial Greeks.