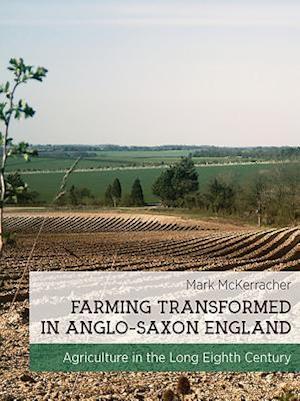 Anglo-Saxon farming has traditionally been seen as the wellspring of English agriculture, setting the pattern for 1000 years to come - but it was more important than that. A rich harvest of archaeological data is now revealing the untold story of agricultural innovation, the beginnings of a revolution, in the age of Bede. Armed with a powerful new dataset, Farming Transformed explores fundamental questions about the minutiae of early medieval farming and its wider relevance. How old were sheep left to grow, for example, and what pathologies did cattle sustain? What does wheat chaff have to do with lordship and the market economy? What connects ovens in Roman Germany with barley maltings in early medieval Northamptonshire? And just how interested were Saxon nuns in cultivating the opium poppy? Farming Transformed is the first book to draw together the variegated evidence of pollen, sediments, charred seeds, animal bones, watermills, corn-drying ovens, granaries and stockyards on an extensive, regional scale. The result is an inter-disciplinary dataset of unprecedented scope and size, which reveals how cereal cultivation boomed, and new watermills, granaries and ovens were erected to cope with - and flaunt - the fat of the land. As arable farming grew at the expense of pasture, sheep and cattle came under closer management and lived longer lives, yielding more wool, dairy goods, and traction power for ploughing. These and other innovations are found to be concentrated at royal, aristocratic and monastic centres, placing lordship at the forefront of agricultural innovation, and farming as the force behind kingdom-formation and economic resurgence in the seventh and eighth centuries.