- A Memoir of the Second World War 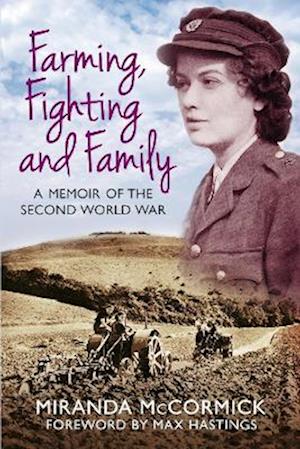 The Wiltshire farmer/author/broadcaster Arthur (A.G.) Street was one of the leading voices of British agriculture during WWII. His daughter Pamela--herself an aspiring writer--was 18 when war broke out. Her contributions to the war effort included working on her father's farm, nursing in the local military hospital, and serving in the ATS. Her future husband, David McCormick, served with the 4th RHA in North Africa. Captured in December 1941, he endured the remainder of the war in prison camps in Italy and Germany. Miranda McCormick has skillfully woven together her forebears' very differing wartime experiences. Of specific interest to social, military, and agricultural historians, for the general reader this is also an intensely human--at times heart-rending - story of love, duty, separation, temptation, guilt, and eventual reunion. Pamela fell in love with an American pilot--but she remained true to David. The strain was so much that she was invalided out of the ATS.

Forfattere
Bibliotekernes beskrivelse Intimate and personal, this vivid account of `ordinary life' during extraordinary times is also the chronicle of a generation for whom farming was the fourth line of defence. 16 Plates, black and white; 39 Illustrations, black and white