FANTASY FICTIONS FROM THE BENGAL RENAISSANCE

- THE MAKE-BELIEVE PRINCE; TODDY-CAT THE BOLD 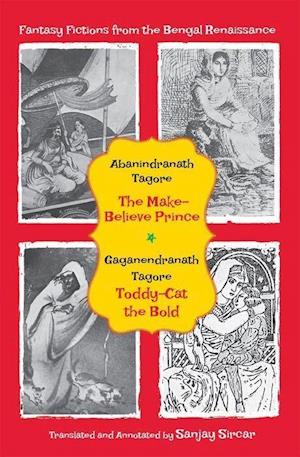 'Fantasy Fictions from the Bengal Renaissance' presents two masterpieces of Bengali literature by Rabindranath Tagore's nephews, Abanindranath Tagore and Gaganendranath Tagore. 'The Make-Believe Prince' is the delightful story of a king, his two wives, a trickster monkey, a witch, and a helper from another world who is not a 'fairy godmother'. Abanindranath deploys traditional children's rhymes and paints exquisite word-pictures in his unusual original rendering of atale which has its origins in Bengali folktale materials in various genres. 'Toddy-Cat the Bold' sees a group of brave comrades seek help from a young boy to rescue the son of their leader from the Two-Faced Rakshasa of the forest, and has another, more numinous helper. Inspired by Lewis Carroll'sAlice books, it presents a comic, exciting, and mysterious journey quite unlike Carroll's, with many traditional local touches and an unexpected ending.