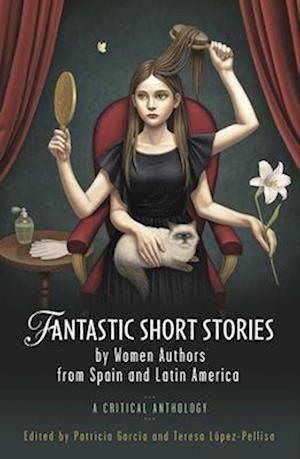 The fantastic has been particularly prolific in Hispanic countries during the twentieth and twenty-first centuries, largely due to the legacy of short-story writers as well as the Latin-American boom that presented alternatives to the model of literary realism. While these writers' works have done much to establish the Hispanic fantastic in the international literary canon, women authors from Spain and Latin America are not always acknowledged, and their work is less well known to readers. The aim of this critical anthology is to render Hispanic female writers of the fantastic visible, to publish a representative selection of their work, and to make it accessible to English-speaking readers. Five short stories are presented by five key authors. They attest to the richness and diversity of fantastic fiction in the Spanish language, and extend from the early twentieth to the twenty-first century, covering a range of nationalities, cultural references and language specificities from Spain, Mexico, Puerto Rico and Argentina.

Forfattere
Bibliotekernes beskrivelse This critical anthology provides a selection and critical readings of fictions by Spanish and Latin American women writers, covering a range of fantastic tropes that attest to the richness and subversive potential of female fantastic fiction in the Spanish language. No