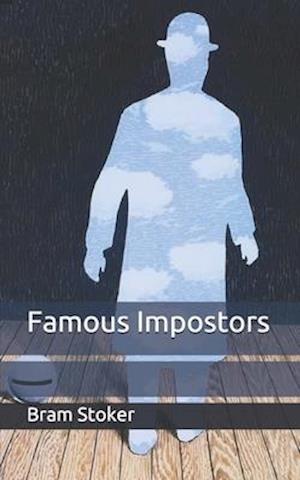 Richard III literally carved his way to the throne of England. It would hardly be anexaggeration to say that he waded to it through blood. Amongst those who suffered for hisunscrupulous ambition were George Duke of Clarence, his own elder brother, EdwardPrince of Wales, who on the death of Edward IV was the natural successor to the Englishthrone, and the brother of the latter, Richard Duke of York. The two last mentioned werethe princes murdered in the Tower by their malignant uncle. These three murders placedRichard Duke of Gloucester on the throne, but at a cost of blood as well as of lesserconsiderations which it is hard to estimate. Richard III left behind him a legacy of evilconsequences which was far-reaching. Henry VII, who succeeded him, had naturally noeasy task in steering through the many family complications resulting from the longcontinued "Wars of the Roses"; but Richard's villany had created a new series ofcomplications on a more ignoble, if less criminal, base. When Ambition, which deals inmurder on a wholesale scale, is striving its best to reap the results aimed at, it is at leastannoying to have the road to success littered with the d bris of lesser and seeminglyunnecessary crimes. Fraud is socially a lesser evil than murder; and after all-humanlyspeaking-much more easily got rid of. Thrones and even dynasties were in the melting potbetween the reigns of Edward III and Henry VII; so there were quite sufficient doubts andperplexities to satisfy the energies of any aspirant to royal honours-however militant hemight be. Henry VII's time was so far unpropitious that he was the natural butt of all theshafts of unscrupulous adventure. The first of these came in the person of Lambert Simnel, the son of a baker, who in 1486 set himself up as Edward Plantagenet, Earl of Warwick-then a prisoner in the Tower-son of the murdered Duke of Clarence. It was manifestly aYorkist plot, as he was supported by Margaret Duchess Dowager of Burgundy (sister ofEdward IV) and others. With the assistance of the Lord-Deputy (the Earl of Kildare) he wascrowned in Dublin as King Edward VI. The pretensions of Simnel were overthrown by theexhibition of the real Duke of Warwick, taken from prison for the purpose. The attemptwould have been almost comic but that the effects were tragic. Simnel's span of notorietywas only a year, the close of which was attended with heavy slaughter of his friends andmercenaries. He himself faded into the obscurity of the minor life of the King's household towhich he was contemptuously relegated. In fact the whole significance of the plot was thatit was the first of a series of frauds consequent on the changes of political parties, andserved as a balon d'essai for the more serious imposture of Perkin Warbeck some five yearsafterwards. It must, however, be borne in mind that Simnel was a pretender on his ownaccount and not in any way a "pacemaker" for the later criminal; he was in the nature of anunconscious forerunner, but without any ostensible connection. Simnel went his way, leaving, in the words of the kingly murderer his uncle, the world free for his successor infraud "to bustle in."