- Irish and Indian Women's Writing in the Contemporary Era 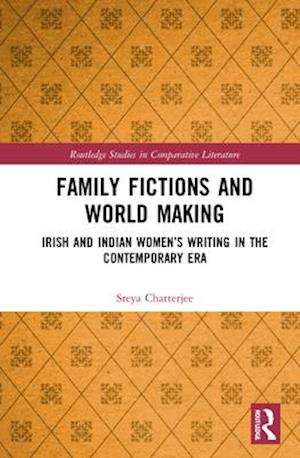 Family Fictions and World-Making: Irish and Indian Women's Writing in the Contemporary Era is the first book-length comparative study of family novels from Ireland and India. On the one hand, despite an early as well as late colonial experience Ireland is often viewed exclusively within a metropolitan British and Europe-centered frame. On the other hand, India once seen as a model of decolonization for the non-Western world has witnessed a crisis of democracy in recent years. This book charts the idea of "world-making" through the fraught itineraries of the Irish and the Indian family novel. The novels discussed in the book foreground kinship based on ideological rather than biological ties and recast the family as a nucleus of interests across national borders. The book considers the work of critically acclaimed women authors such as Anne Enright, Elizabeth Bowen, Mahasweta Devi, Jennifer Johnston, Kiran Desai and Molly Keane. These writers are explored as representative voices for the interwar years, the late-modern period, and the globalization era. They push back not only against the male nationalist idiom of the family but also successfully interrogate family fiction as a supposedly private genre. The broad timeframe of Family Fictions and World-Making from the interwar period to the globalization era initiates a dialogue between the early and the current debates around core and periphery in postcolonial literature.