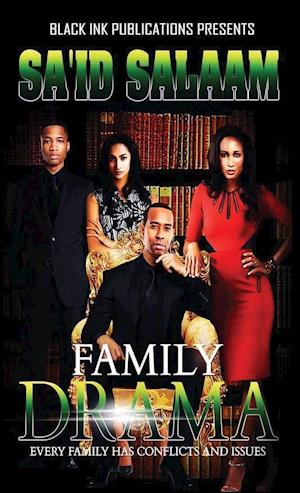 The Broadnax family are just like any other American family chasing the American dream. The patriarch, Paul scratched and crawled his way from the bottom to the top, literally since he started life in the mean streets of New York City. He escaped to the south and attended college in Atlanta. His high IQ and street smarts gave him an advantage in both law school and beyond. Years later he is now the premier lawyer for the city's premier criminals.

A law degree wasn't the only thing he picked up in school. While there he also caught the attention of a prim and proper co-ed by the name of Madison.

Madison was a beautiful chocolate colored girl with an angelic smile. Holding tightly to her chastity made her highly sought after. Paul patiently played his position and beat out all his competition.

The couple married and moved to an upscale subdivision in one of Atlanta's exclusive suburbs. There they raised two perfect children in the perfect house. Son Brandon just graduated his parent's alma mater and is now on his way to medical school. Daughter Courtney is right behind him planning to attend the same institution before heading to law school just like their father.