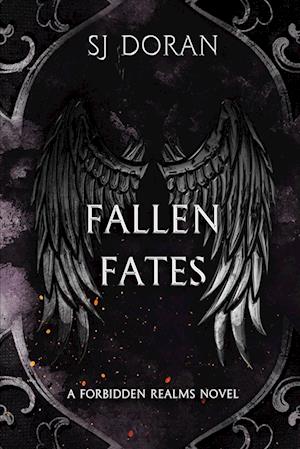 A na ve angel, an unyielding demon. A hellish struggle for survival.

Since her fall from the Heavens, Ziva has made plenty of mistakes, but it's her latest one she regrets the most. Really, how was she to know the corrupted ruby ​​would cause so many problems?

In an ill-fated attempt to save her celestial brethren, she's stolen a relic of great power from the Demon king and brought it to the mortal realm. Through her actions, an enemy from his past has been set free, threatening the very existence of both Heaven and Hell.

Ziva must return to Hell to warn Cassius, but with both angels and demons determined to stop her, she's forced to rely on the help of the one demon who gets his kicks out of tormenting her. The Warlord is her only hope to reach the Nessus in time.

Capturing the king's bratty concubine was an assignment Vesarius deemed a waste of his talents. With the Hells at the brink of war, the demon warlord knows his talents are better served at his King's side. When the consequences of Ziva's actions are revealed and the fate of the Realms is placed in the balance, it will take everything in his power to return Ziva to the Infernal palace alive, where she is to face the wrath of the Demon king.

That is, if the Warlord can still bring himself to turn over the beguiling angel, guilty not only of stealing the Ruby Rod, but also his heart.