- Fakes and Forgeries of Written Artefacts from Ancient Mesopo 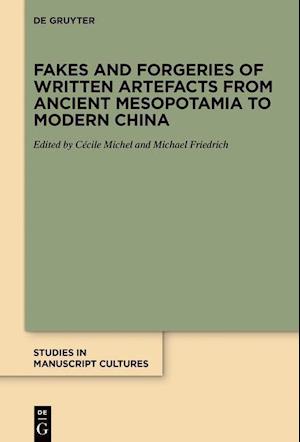 Fakes and forgeries are objects of fascination. This volume contains a series of thirteen articles devoted to fakes and forgeries of written artefacts from the beginnings of writing in Mesopotamia to modern China. The studies emphasise the subtle distinctions conveyed by an established vocabulary relating to the reproduction of ancient artefacts and production of artefacts claiming to be ancient: from copies, replicas and imitations to fakes and forgeries. Fakes are often a response to a demand from the public or scholarly milieu, or even both. The motives behind their production may be economic, political, religious or personal - aspiring to fame or simply playing a joke. Fakes may be revealed by combining the study of their contents, codicological, epigraphic and palaeographic analyses, and scientific investigations. However, certain famous unsolved cases still continue to defy technology today, no matter how advanced it is. Nowadays, one can find fakes in museums and private collections alike; they abound on the antique market, mixed with real artefacts that have often been looted. The scientific community's attitude to such objects calls for ethical reflection.