- Malfunctions of Technologies, Organizations, and Society 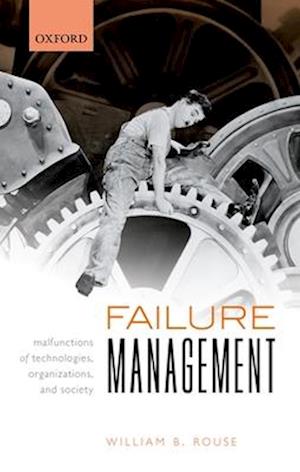 China's growing economic involvement in Sub-Saharan Africa and Latin America has been a source of major controversy. The official Chinese position maintains that the growth of bilateral relations is of mutual benefit and provides a good example of South-South cooperation. Critics on the other hand see the economic relations between China and other developing countries as highly unequal with most of the benefits accruing to China and a few local elites. They alsopoint to negative socio-economic, political, and environmental consequences.How China is Reshaping the Global Economy: Development Impacts in Africa and Latin-America throws more light on these controversies through a comparative study of China's impact on the two regions. It looks not just at bilateral relations between China and the two regions but also analyses the changes in the global economy brought about as a result of the shift in economic activity from North America and Western Europe to Asia. How China is Reshaping the Global Economy looks at the factors which led to rapid economic growth in China and the way in which this has affected global manufacturing, commodity markets, the international presence of Chinese companies, and financial glows. It examines the different forms of Chinese economic involvement in Sub-Saharan Africa and Latin America, the main drivers, and economic, social, political, and environmental consequences. It ends with a comparison of the two regionsthat highlights the importance of different histories and political and institutional contexts in determining the impacts of China.Failures are a common phenomena in civilization. Things fail and society responds, often very slowly, sometimes inappropriately. What kinds of things go wrong? Why do they go wrong? How do people and organizations react to failures, and what are the best ways to react? William B. Rouse takes an analytic approach to these questions and addresses eighteen well-known cases of high-consequence failures. He employs a multi-level framework to integrate findings across the case studies, and in turn uses these to outline a conceptual approach to integrated failure management. Though diverse in their causes and outcomes, his analysis shows that the conceptual design of an integrated approach to failure management can encompass each of the case studies, all of whichwould have benefitted from the same conceptual decision support architecture. This enables cross-cutting system design principles and practices, assuring that failure management in every new domain and context need not start with a blank slate.

Forfattere
Bibliotekernes beskrivelse China's growing economic involvement in Sub-Saharan Africa and Latin America has been a source of major controversy. This book sheds light on these controversies through a comparative study of China's impact on the two regions.William B. Rouse explores eighteen well-known cases of high-consequence failures to outline a conceptual approach to integrated failure management, enabling a cross-cutting of system design principles and practices and an assurance that failure management in any context ne