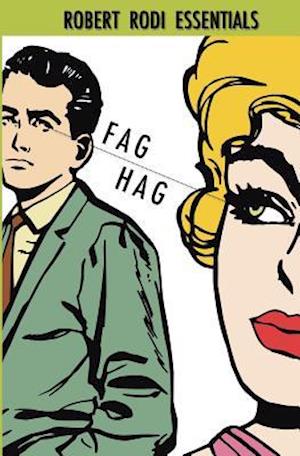 An immediate cult sensation when it was first released in 1992, Fag Hag gave birth to a genre that later reached mainstream popularity in "Will and Grace." Long out of print, the novel finally returns to shock and delight a whole new generation. Natalie Stathis is a big, flamboyant girl with a big, obsessive crush on a gorgeous gay artist, Peter Leland. She's managed to become his best friend and constant companion, and gleefully uses her influence over him to poison every one of his budding romances-on the principle that when he's run through all the men in town, it'll finally be her turn. But when Peter finds true love in the unlikely arms of Lloyd Hood-a taciturn, gun-toting survivalist-none of Natalie's usual plots and stratagems can separate them. She's forced to throw caution to the wind and discretion out the door, and begin a campaign to win back her man that is actively, even dangerously, criminal. Brazenly irreverent, hilariously caustic, and grippingly suspenseful, Fag Hag is a novel you won't easily forget. "Absorbing and powerful...Larger-than-life...A one-two punch of outrageous humor and sobering pathos...Succeeds admirably both as satire and as flat-out entertainment." - New York Native