Faces: The Changing Look of Humankind 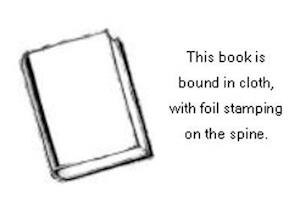 This book counteracts the commonly accepted belief that the expressionless stereotypical human faces in prehistoric and ancient art are the result of a consciously chosen style. Brener introduces evidence from psychology, evolutionary biology and other disciplines that suggest that something more significant may be involved. Scientists have emphasized the innate, genetically based nature of our fascination with the human face and its almost limitless expressive capacity, all of which is represented in the art of the last six centuries. But little attention has been paid to the anomaly of the vacuous expressions of earlier facial representations. Brener attributes this change to a change in the functioning of the human brain, as well as the role of cultural factors. It is the evolution of both genes and culture that has resulted in a marked increase in the human ability to create and interpret facial expressions. The result of this has impacted human behavior. It has increased human empathy leading to the abolition of human sacrifice, and the beginnings of courtly love in the late 11th century. More complex and subtle facial expression, and the ability to respond to it on an emotional level, has played a major role in both of these historic behavior changes. This book is of interest to scholars interested in anthropology, art history, and/or psychology, as well as evolutionary biology.