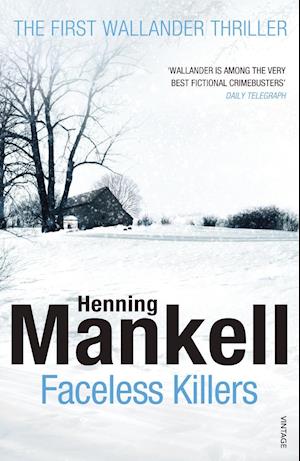 One frozen January morning at 5am, Inspector Wallander responds to what he believes is a routine call out. When he reaches the isolated farmhouse he discovers a bloodbath. An old man has been tortured and beaten to death, his wife lies barely alive beside his shattered body, both victims of a violence beyond reason. The woman supplies Wallander with his only clue: the perpetrators may have been foreign. When this is leaked to the press, it unleashes a tide of racism.Wallander's life is a shambles. His wife has left him, his daughter refuses to speak to him, and even his ageing father barely tolerates him. He works tirelessly, eats badly, and drinks his nights away. But now Wallander must forget his troubles and throw himself into a battle against time and against mounting racial hatred.Winner of the CWA Gold Dagger for Sidetracked.