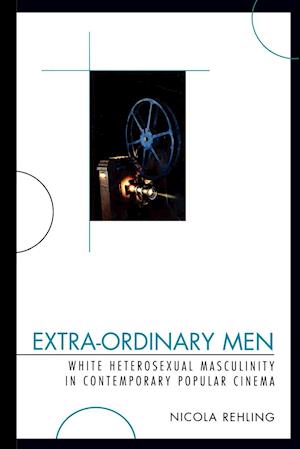 Extra-Ordinary Men analyzes popular cinematic representations of white heterosexual masculinity as the 'ordinary' form of male identity, one that enjoys considerable economic, social, political, and representational strength. Nicola Rehling argues that while this normative position affords white heterosexual masculinity ideological and political dominance, such 'ordinariness' also engenders the anxiety that it is a depthless, vacuous, and unstable identity. At a time when the neutrality of white heterosexual masculinity has been challenged by identity politics, this insightful volume offers lucid accounts of contemporary theoretical debates on masculinity in popular cinema, and explores the strategies deployed in popular films to reassert white heterosexual male hegemony through detailed readings of films as diverse as Fight Club, Boys Don't Cry, and The Matrix. Accessible to undergraduates, but also of interest to film scholars, the book makes a distinctive contribution to our understanding of the ways in which popular film helps construct and maintain many unexamined assumptions about masculinity, gender, race, and sexuality.