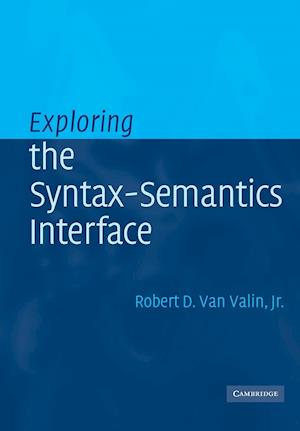 Language is a system of communication in which grammatical structures function to express meaning in context. While all languages can achieve the same basic communicative ends, they each use different means to achieve them, particularly in the divergent ways that syntax, semantics and pragmatics interact across languages. This book looks in detail at how structure, meaning, and communicative function interact in human languages. Working within the framework of Role and Reference Grammar (RRG), Van Valin proposes a set of rules, called the 'linking algorithm', which relates syntactic and semantic representations to each other, with discourse-pragmatics playing a role in the linking. Using this model, he discusses the full range of grammatical phenomena, including the structures of simple and complex sentences, verb and argument structure, voice, reflexivization and extraction restrictions. Clearly written and comprehensive, this book will be welcomed by all those working on the interface between syntax, semantics and pragmatics.

Forfattere
Bibliotekernes beskrivelse This book looks at how syntax, semantics and pragmatics interact in different ways across human languages. Written within the framework of Role and Reference Grammar, which proposes a set of rules to link semantic and syntactic relations to each other, it discusses topics across the full range of grammatical phenomena. 29 Tables, unspecified