The 'Fifth Veda' of Hinduism

- Poetry, Philosophy and Devotion in the Bhagavata Purana 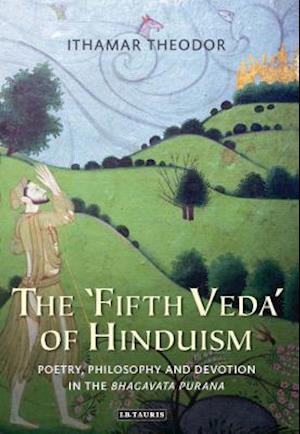 The Bhagavata Purana is one of the most important, central and popular scriptures of Hinduism. A medieval Sanskrit text, its influence as a religious book has been comparable only to that of the great Hindu epics, the Ramayana and the Mahabharata. Ithamar Theodor here offers the first analysis for twenty years of the Bhagavata Purana (often called the Fifth Veda ) and its different layers of meaning. He addresses its lyrical meditations on the activities of Krishna (avatar of Lord Vishnu), the central place it affords to the doctrine of bhakti (religious devotion) and its treatment of older Vedic traditions of knowledge. At the same time he places this subtle, poetical book within the context of the wider Hindu scriptures and the other Puranas, including the similar but less grand and significant Vishnu Purana. The author argues that the Bhagavata Purana is a unique work which represents the meeting place of two great orthodox Hindu traditions, the Vedic-Upanishadic and the Aesthetic. As such, it is one of India s greatest theological treatises. This book illuminates its character and continuing significance."