- Audiovisual Narratives in Film and Television 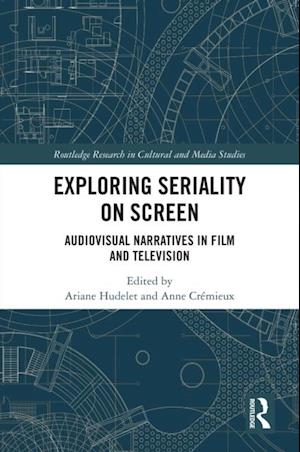 This collective book analyzes seriality as a major phenomenon increasingly connecting audiovisual narratives (cinematic films and television series) in the 20th and 21st centuries. The book historicizes and contextualizes the notion of seriality, combining narratological, aesthetic, industrial, philosophical, and political perspectives, showing how seriality as a paradigm informs media convergence and resides at the core of cinema and television history. By associating theoretical considerations and close readings of specific works, as well as diachronic and synchronic approaches, this volume offers a complex panorama of issues related to seriality including audience engagement, intertextuality and transmediality, cultural legitimacy, authorship, and medium specificity in remakes, adaptations, sequels, and reboots. Written by a team of international scholars, this book highlights a diversity of methodologies that will be of interest to scholars and doctoral students across disciplinary areas such as media studies, film studies, literature, aesthetics, and cultural studies. It will also interest students attending classes on serial audiovisual narratives and will appeal to fans of the series it addresses, such as Fargo, Twin Peaks, The Hunger Games, Bates Motel, and Sherlock.