- And the Stories They Tell 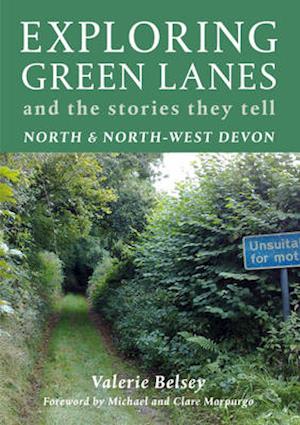 The green lanes of Devon have been walked by those who had to do so to earn their daily bread: from the silver mine workers of Combe Martin, the poachers of Littleham, the wool jobbers of Exmoor, the glovers of Torrington, the clay miners of Peters Marland, the Bible Christian farm worker preachers of North Lew, the rebel Captain Swing rioters of Swimbridge, the potters of Fremington n to Ernest Bevin, the farm labouring son of Copplestone who eventually became Foreign Secretary.Exploring Green Lanes in North and North-West Devon lists 50 walks, each one provided with public transport information, historical and ecological facts, and clues for children to discover fascinating facts en route. Some of these walks are not circular; most are linked to bus and train routes, the author's mode of travel when writing the book. The explorations go through many different habitats: coastal areas, moorland, valley bottoms, ridgeways, harroways and woodlands. The maps are based on Ordnance Survey maps, fifty or more years old, showing clearly the industries once in place. But although these have often disappeared, the pattern of the lanes remains the same today. The fifty explorations stand as a good introduction to ethe labyrinth of brambly burrow lanesi which parcel up the Devonshire landscape.