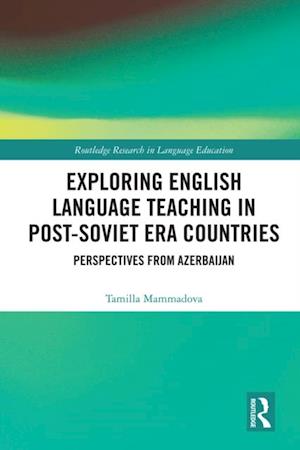 Exploring English Language Teaching in Post-Soviet Era Countries analyses different elements of English language teaching from the Soviet era to a new era of Westernised influence. This work provides an insight into the problems that occur in present-day English language education in post-Soviet era countries, considering English language teaching at all stages of education.The book outlines the challenges that many countries of the former Soviet Union experienced at the turn of the twenty-first century and relates these to education as a crucial social phenomenon. It considers the teaching of English as a lingua franca at all education levels in the countries of the former Soviet Union, with particular emphasis on universities. Using empirical research from case studies in Azerbaijan, the book considers whether post-Soviet era countries have truly moved towards a Westernised model of language education or simply imitated one. This book is the first of its kind to treat the problem by listening to teachers' and students' voices as the major actors of the educational process.This book will be of great interest to academics, researchers and post-graduate students in the fields of English language education, education in Eastern Europe and applied linguistics.