Explore Europe on a Motorbike 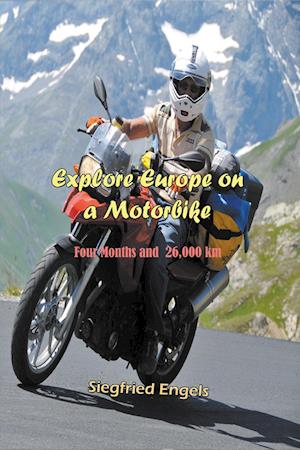 During my last year before retirement as an agricultural engineer, the idea to travel Europe popped into my mind. The more I thought about it, the bigger the plan grew and in more detail. One month after retirement, I was in London, looking around for an adventure bike to buy, and did just that within a week. The same day, I left for France and this wonderful adventure started. I had a rough plan with only the different countries in sequence, with no bookings in advance except a visa for Ukraine and obviously for Europe. My idea of exploring a country consists more of doing the countryside than cities and such. It is also about riding a motorbike and drinking in as much as the freedom allows you. The idea originally was also to use hostels for accommodations, but this backfired. You don't find hostels in the countryside! This is why I camped in a small tent most of the time. After the French countryside, I did beach hopping along the Med Coast from Marseilles to Monaco. After seeing all the beautiful bodies on the beaches, I took on the French Alps from Monaco to Switzerland. After a short turn through Switzerland, it was over the Alps and through the tunnels to Italy, mostly the northern part with all the lakes. My route took me through Milan and Venice to the border of Croatia, and then through Eastern Europe.