- Journey to the Lost City of Z 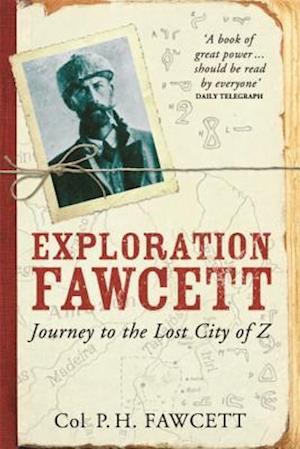 The life of Colonel Fawcett is now the subject of the major motion picture The Lost City of Z.The disappearance of Colonel Fawcett in the Matto Grosso remains one of the great unsolved mysteries. In 1925, Fawcett was convinced that he had discovered the location of a lost city; he had set out with two companions, one of whom was his eldest son, to destination 'Z', never to be heard of again. His younger son, Brian Fawcett, has compiled this book from letters and records left by his father, whose last written words to his wife were: 'You need have no fear of any failure . . .' This is the thrilling and mysterious account of Fawcett's ten years of travels in deadly jungles and forests in search of a secret city.

Forfattere
Bibliotekernes beskrivelse A lost city called 'Z'; lethal jungles; death-filled rivers: the last trip of a legendary explorer who was the inspiration for Indiana Jones.