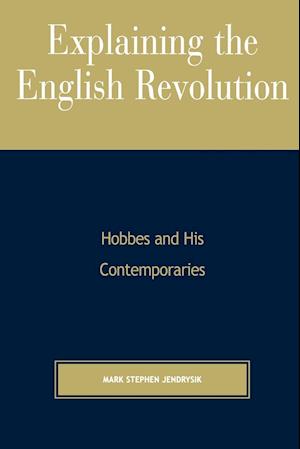 As we search for greater understanding of the origins of liberalism, religious toleration, and modern democratic thought, Mark Jendrysik's timely work examines the political and religious ideals that buttressed the first 'modern' revolution. Explaining the English Revolution studies the years 1649 to 1653, from regicide to the establishment of the Cromwellian Commonwealth, during which time English writers 'took stock' of a disordered England stripped of the traditional ideas of political, moral, and social order and considered the possibilities for a politically and religiously reordered state. Jendrysik provides_through a rich comparative analysis of the work of Thomas Hobbes and his contemporaries Filmer, Winstanley, Cromwell, and Milton_a new understanding of the Civil War-era intelligentsia's assessment of the crisis in the body politic and their varied prescriptions and plans for a new post-revolutionary England.