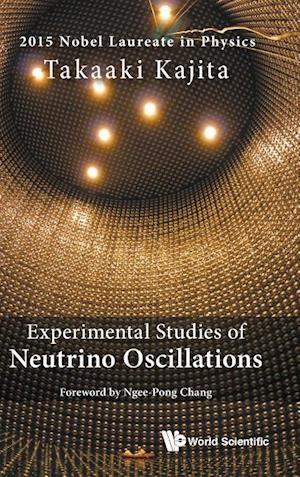 Takaaki Kajita and Arthur McDonald have been jointly awarded the 2015 Nobel Prize in Physics 'for the discovery of neutrino oscillations, which shows that neutrinos have mass'. Takaaki Kajita is a Japanese physicist who is well known for neutrino experiments at the Kamiokande and the even more outsized Super-Kamiokande.This volume of collected works of Kajita on neutrino oscillations provides a good glimpse into the rise of Asian research in the frontiers of neutrino physics. Japan is now a major force in the study of the three families of neutrinos. Much remains to be done to clarify the Dirac vs. Majorana nature of the neutrino, and the cosmological implications of the neutrino. The collected works of Kajita and his Super-Kamiokande group will leave an indelible footprint in the history of big and better science.Copyright of the cover image belongs to Kamioka Observatory, ICRR (Institute for Cosmic Ray Research), The University of Tokyo.

Forfattere
Bibliotekernes beskrivelse The 2015 Nobel Prize in physics has been awarded to Takaaki Kajita and Arthur McDonald "for the discovery of neutrino oscillations, which shows that neutrinos have mass".