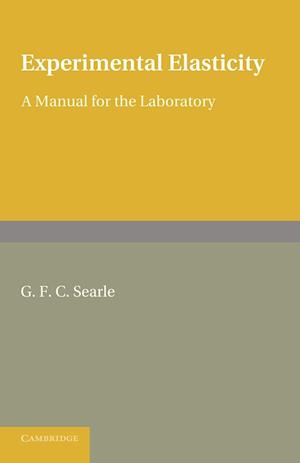 G. F. C. Searle (1864-1954) was a British physicist who made notable contributions to the development of laboratory physics and theories of electromagnetic mass. First published in 1933, as the second edition of a 1908 original, this book was based on the manuscript notes prepared by Searle for the use of students attending his practical physics classes at the Cavendish Laboratory, Cambridge. The first chapter contains an account of the elements of the mathematical theory of elastics; the second chapter provides mathematical solutions for some simple elastic problems which regularly appear in experiments; the third chapter contains descriptions of a number of experiments together with such necessary mathematical discussions as are not given in the first two chapters. This book will be of value to anyone with an interest in experimental physics and the pedagogy of physics.