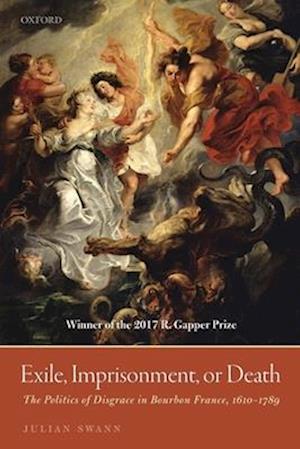 In 1979, the Chinese government famously introduced The Single Child Policy to control population growth. Nearly 40 years later, the result is an estimated 20 million "missing girls" in the population from 1980-2010. In Lost and Found, John James Kennedy and Yaojiang Shi focus on village-level implementation of the one-child policy and the level of mutual-noncompliance between officials and rural families. Through in-depth interviews with rural parents andlocal leaders, they reveal that many had strong incentives not to comply with the birth control policy because larger families meant increased labor and income. In this sober exploration of China's Single Child Policy throughout the reform period, the authors more broadly show how governance by grassrootscadres with greater local autonomy has affected China in the past and the challenges for resolving center-versus-locality contradictions in governance that lie ahead.On the accession of Louis XIII in 1610 following the assassination of his father, the Bourbon dynasty stood on unstable foundations. For all of Henri IV's undoubted achievements, he had left his son a realm that was still prey to the ambitions of an aristocracy that possessed independent military force and was prepared to resort to violence and vendetta in order to defend its interests and honour. To establish his personal authority, Louis XIII was forced to resortto conspiracy and murder, and even then his authority was constantly challenged. Yet a little over a century later, as the reign of Louis XIV drew to a close, such disobedience was impossible. Instead, a simple royal command expressing the sovereign's disgrace was sufficient to compel the mostpowerful men and women in the kingdom to submit to imprisonment or internal exile without a trial or an opportunity to justify their conduct, abandoning their normal lives, leaving families, careers, offices, and possessions behind in obedience to their sovereign. To explain that transformation, this volume examines the development of this new 'politics of disgrace', why it emerged, how it was conceptualised, the conventions that governed its use, and reactions to it, not only from theperspective of the monarch and his noble subjects, but also the great corporations of the realm and the wider public. Although that new model of disgrace proved remarkably successful, influencing the ideas and actions of the dominant social elites, it was nevertheless contested, and the critique of disgraceconnects to the second aim of this work, which is to use shifting attitudes to the practice as a means of investigating the nature of Old Regime political culture and some of the dramatic and profound changes it experienced in the years separating Louis XIII's dramatic seizure of power from the French Revolution.

Forfattere
Bibliotekernes beskrivelse In 1617, Louis XIII was forced to resort to assassination as punishment, while a century later, Louis XIV needed only to issue a command and the kingdom's most powerful subjects would submit to imprisonment or exile without trial. What were 'politics of disgrace', why did it emerge, what conventions governed its use, and how did France react to it? 18 black and white imagesPRIZES:Winner of Winner of the 2017 R. Gapper Book Prize for the best book in French Studies.