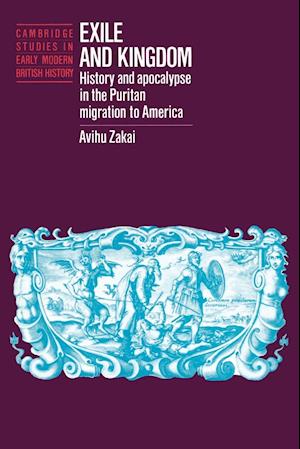 This book explores the ideological origins of the Puritan migration to and experience in America, and shows how Puritans believed that their removal to New England fulfilled prophetic apocalyptic and eschatological visions. An apocalyptic ideology of history, as a mode of historical thought, enabled Puritans to reconstruct their removal to America within the confines of sacred, ecclesiastical history. By tracing the ideological origins of the Puritan migration within the context of the English apocalyptic tradition, Dr Zakai shows how Puritans transformed the premises of that tradition by rejecting the notion of England as God's elect nation and by conferring that title upon the American wilderness. The Puritan migration is analyzed further within the wider context of Western colonization of America. Dr Zakai shows that the unique characteristics of the Puritan settlement in New England derived from identification with the 'Errand of the Church of the Wilderness' as described in the Book of Revelation.