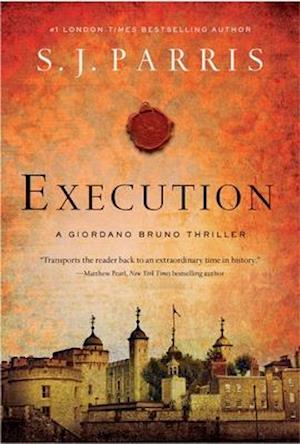 The new historical thriller featuring Giordano Bruno - heretic, philosopher, and spy - which finds Bruno going undercover to prevent an assassination plot on Queen Elizabeth. England, 1586. A treasonous conspiracy . . . Giordano Bruno, a heretic turned spy, arrives in England with shocking information for spymaster Sir Franceis Walsingham. A band of Catholic Englishmen are plotting to kill Queen Elizabeth and spring Mary Queen of Scots from prison to take the English throne in her place. A deadly trap . . . Bruno is surprised to find that Walsingham is aware of the plot - led by the young, wealthy noble Anthony Babington - and is allowing it to progress. He hopes that Mary will put her support in writing - and condemn herself to a traitor's death. A queen in mortal danger . . . Bruno is tasked with going undercover to join the conspirators. Can he stop them before he is exposed? Either way a queen will die; Bruno must make sure it is the right one.