Excavations on the Wormington to Tirley Pipeline, 2000

- Coleman, L: Excavations on the Wormington to Tirley Pipeline 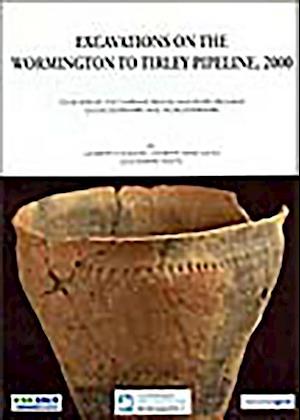 Archaeological work in advance of pipeline construction culminated in excavation at four sites on the Gloucestershire/Worcestershire border by the Carrant Brook and River Isbourne. Geophysical and cropmark evidence has been used to enhance interpretation of the excavated 'slices' across these sites, revealing a changing pattern of human activity and density of settlement from the Mesoltihic to the medieval period. Early features, including a possible Early Neolithic flat grave, suggest that activity in the area prior to the Middle Iron Age was largely ritual in nature. From the Middle Iron Age onwards substantial settlement enclosures were constructed and remained in use to the end of the 1st century AD, when an increased level of activity saw some enlarged and others abandoned and replaced. All four sites were typical of low status Iron Age and Roman rural settlement in southern England, and all were abandoned by the 4th century AD, but with some evidence for later Anglo-Saxon and medieval activity. These excavations add considerably to our understanding of life and death in the late prehistoric and Roman periods, and of the distribution of archaeological remains of all periods, in an area of known archaeological significance close to the confluence of two major rivers: the Severn and Avon.