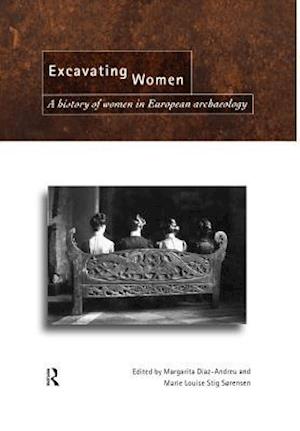 Archaeologists are increasingly aware of issues of gender when studying past societies; women are becoming better represented within the discipline and are attaining top academic posts. However, until now there has been no study undertaken of the history of women in European archaeology and their contribution to the development of the discipline. Excavating Women discusses the careers of women archaeologists such as Dorothy Garrod, Hanna Rydh and Marija Gimbutas, who against all odds became famous, as well as the many lesser-known personalities who did important archaeological work. The collection spans the earliest days of archaeology as a discipline to the present, telling the stories of women from Scandinavia, Mediterranean Europe, Britain, France, Germany and Poland. The chapters examine women's contributions to archaeology in the context of other, often socio-political, factors that affected their lives. It examines issues such as women's increased involvement in archaeological work during and after the two World Wars, and why so many women found it more acceptable to work outside of their native lands. This critical assessment of women in archaeology makes a major contribution to the history of archaeology. It reveals how selective the archaeological world has been in recognizing the contributions of those who have shaped its discipline, and how it has been particularly inclined to ignore the achievements of women archaeologists. Excavating Women is essential reading for all students, teachers and researchers in archaeology who are interested in the history of their discipline and its sociopolitics.