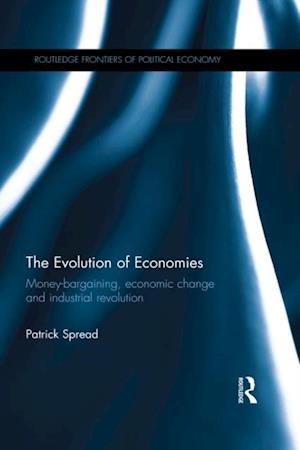 It is clear even to casual observation that economies evolve from year to year and over centuries. Yet mainstream economic theory assumes that economies always move towards equilibrium. One consequence of this is that mainstream theory is unable to deal with economic history. The Evolution of Economies provides a clear account of how economies evolve under a process of support-bargaining and money-bargaining. Both support-bargaining and money-bargaining are situation-related - people determine their interests and actions by reference to their present circumstances. This gives the bargaining system a natural evolutionary dynamic. Societies evolve from situation to situation. Historical change follows this evolutionary course.A central chapter of the book applies the new theory in a re-evaluation of the industrial revolution in Britain, showing how specialist money-bargaining agencies, in the form of companies, evolved profitable formats and displaced landowners as the leading sources of employment and economic necessities. Companies took advantage of the evolution of technology to establish effective formats.The book also seeks to establish how it came about that a 'mainstream' theory was developed that is so wildly at odds with the observable features of economic history and economic exchange. Theory-making is described as a process of 'intellectual support-bargaining' in which theory is shaped to the interests of its makers. The work of major classical and neoclassical economists is contested as incompatible with the idea of an evolving money-bargaining system. The book reviews attempts to derive an evolutionary economic theory from Darwin's theory of evolution by natural selection.Neoclassical economic theory has had enormous influence on the governance of societies, principally through its theoretical endorsement of the benefits of 'free markets'. An evolutionary account of economic processes should change the basis of debate. The theory presented here will be of interest immediately to all economists, whether evolutionary, heterodox or neoclassical. It will facilitate the work of economic historians, who complain that current theory gives no guidance for their historical investigations. Beyond the confines of professional theory-making, many will find it a revelatory response to questions that have hitherto gone unanswered.